How can the Supreme Court's ruling on Uber affect the industry?

Today, on the 19 of February 2021, The Supreme Court of the United Kingdom ruled in favour of 35 Uber drivers who first brought the case in 2016, arguing that they were not self-employed because Uber controlled much of their work, allocating their customers and dictating their fares.

The court considered several elements in its judgement:

Looking at these and other factors, the court determined that drivers were in a position of subordination to Uber where the only way they could increase their earnings would be to work longer hours. The court also flagged how Uber restricts communications between driver and passenger to a bare (and even “stark”) minimum.

The court addressed that driver rating is not disclosed to passengers to help them make choices, but are exclusively for Uber’s use; “purely as an internal tool for managing performance and as a basis for making termination decisions where customer feedback shows that drivers are not meeting the performance levels set by Uber”.
“Drivers are in a position of subordination and dependency in relation to Uber such that they have little or no ability to improve their economic position through professional or entrepreneurial skill,” Lord George Legatt added when handing down the rule.

I urge businesses in the capital, including private hire companies, to pay their workers the London Living Wage, and to give them the security they deserve. Sadiq Khan, Mayor of London

Uber has been quick to emphasise that this ruling only applies to the 35 persons involved in the case and it does not automatically apply to every single driver.

They have published a post on their blog starting with the sentence: "Earlier today the UK Supreme Court ruled that a small group of drivers using the Uber app in 2016 should be classified as workers.", and carried on by explaining they have made changes since and that 83% of drivers in the UK are self-employed.

Uber said that many of the examples called out in the judgement are no longer relevant as drivers now have full transparency over the price and destination of their trip, and since 2017 there has been no repercussion for rejecting multiple consecutive trips.

However, it is possible to see that some of the main reasons the court has given for their ruling are still very much in place, such as the fare-setting and customer-rating.

Uber mentions the 83% of licensed Taxi & PHV who are self-employed in the UK, as if their business model was comparable to the traditional Taxi & PHV model, which is not. Taxi drivers deal with their customers directly and do not depend on a platform exclusively. PHV drivers pay a commission to the operators who send them jobs and both examples keep their own personal freedom and have a large degree of independence in how they work.

Lord Leggatt's point that "[Uber drivers] have little or no ability to improve their economic position through professional or entrepreneurial skill” is a key element in differentiating this: Uber drivers are completely dependent on the platform, they do not set fares, they are discouraged from speaking to customers, and they cannot go about setting up their own 'Uber fleet'. Uber drivers don't have the same access to their clients that other drivers do, in addition to that, they are paid absurdly low wages.

On the other hand, almost every fleet operator owner I ever met has started as a driver themselves.

This could turn into a £500 million bill

It is understandable that Uber is trying to downplay this ruling as an isolated case and nothing more since they are facing a very expensive liability.

Leigh Day, the law firm fighting the case for some of the drivers, believes the drivers could be entitled to £12,000 compensation each. Uber has had at least 45 thousand drivers in the UK so far and, while there are factors affecting the amount of compensation for each, which could be much less than that, if you multiply 45 thousand by 12 thousand you will get £540 million. That is a very large historical liability, so it is natural that they now try to both calm investors and discourage drivers from making further claims. Leigh Day, however, already said there are at least 15 thousand claims already underway, which already amounts to £180 million.

What are Uber's choices now?

Uber will need to minimise their future liability, as nothing can be done about their past liability apart from paying any claims without going to court because they will lose.

This involves addressing all points involved in the rationale given by the court for their ruling, as it is unlikely the court would rule differently just because of a couple of changes.

The choices are either keeping their business model and change their driver's status to workers and pay them minimum wages and holidays, plus all taxes, which is possibly the most sensible option, or they can continue playing chasing games with the authorities to trying to adapt to the ruling. This will prove very difficult because they would have to share customer data with drivers and let them set their own fares, amongst other things.

Should other fleet operators be worried?

Every ruling by a Supreme Court presents a strong influence at home and abroad. This ruling will certainly affect the gig industry, not just in passenger travel but also in delivery work and other industries.

Traditional fleet operators work very differently from Uber when and if they work with self-employed drivers. Drivers then take responsibility for their work in full - they decide their own shifts, charge customers directly, decide their own fees, and collect the monies for the fare. Fleet operators charge drivers fees for managing passenger requests on their behalf and compete against other fleets for both drivers and customers - fleet operators have two customers, drivers and passengers. They offer a service, sometimes a place for drivers to have a cup of tea and meet their colleagues.

Fleet operators should benefit massively from this ruling. Driving people around is a job that deserves good remuneration; taxi and PHV drive our sons, daughters, mothers, and ourselves safely around town. They can only do so if they can be rested and fully dedicated to their job. They are key workers; they should be paid and licensed just as they have been in the UK for decades.

The gig economy may have its benefits, but this industry is too precious to be trivialised.

We welcome the Supreme Court's decision, and we support all drivers and fleets who have been keeping us moving over the years, getting us safely where we need to be. May we see many years of prosperity ahead of us! 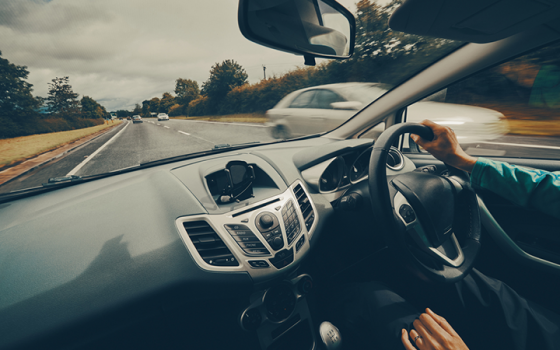 Sign-up to our monthly newsletter to stay in the loop with the latest news, product developments, and more!