Is Job-sharing right for my business? Your FAQ answered by fleet owners themselves

Taxi and private hire operators tend to be conservative in the way they run their business. The idea of sharing jobs with another company would seem almost inconceivable a little while ago, however, this is now changing. 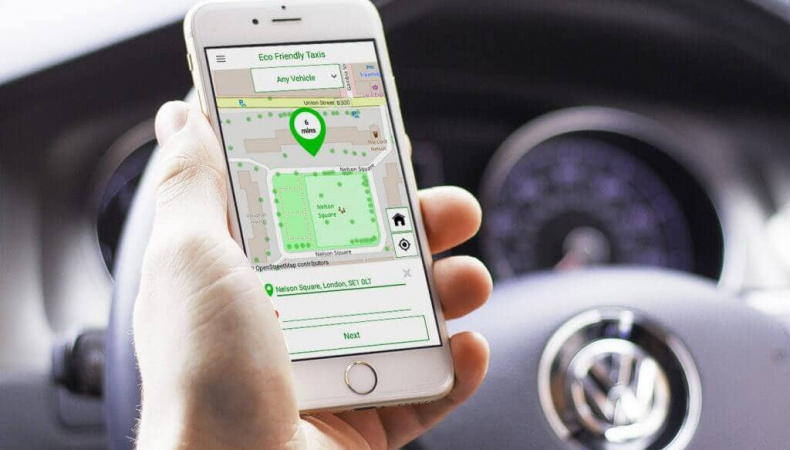 Where before there was a state of general complacency, as the only real perceived threat to minicab firms were other minicab firms, now there is a range of ride-hailing companies willing to disrupt the business.

Those relatively new, technology-driven companies such as Uber, have plenty of financial resources and user adoption to disrupt business significantly, even more remarkably with younger audiences.

The effects of this disruption can be seen by a steady fall in the number of operators in the past five years, and now, after the major world-hitting pandemic of COVID-19, more are expected to not make it to Christmas.

It was back in 2018 that a group of fleets decided to make a move to try and claim back some leverage and appeal to the new customer profile that has developed since the 2000’s. They have realised that the best way forward, if they are to compete with tech giants, is to join forces in order to offer a superior product, for a customer with high expectations of hailing rides from anywhere, to anywhere, and without long waiting times.

Keith Keen, from The Keen Group, said: “I could see an incompatibility developing between what the customer and driver wanted, and what operators could provide… That’s when I began discussing the potential of a ‘soft merge’ with Cordic, whereby companies could collaborate at a level which they felt comfortable and still retain their own identity, customer base and drivers.”

The Keen Group, Parker Car Service, Greyhound Cars, and Road Runners are amongst the companies who decided to join forces, taking the leap forward in job-sharing. Here, they explain the rationale for this initiative and answer the most frequently asked questions fleets have in regards to the risks and benefits of entering the job-sharing market.

Cordic’s Soft Merge module was developed upon request from four major fleet operators who wished to have the capability of sharing jobs. They have enquired with all main despatch system providers, having decided Cordic was best suited for the task.

The first two operators to go live were The Keen Group and Greyhound Cars, who activated it on 2nd August 2017 – followed the next day by Parker Car Service. Carlton Cars and Road Runner, the other founding partners of the group, followed a couple of months after because they had to switch despatch supplier to integrate.

Tom Leuchter from Greyhound Cars said: “I think it is great testament to the faith operators have in the scheme that both companies were willing to swap despatch system providers to be a part of this”.

What is job-share and how does it work?

“Job Share is a collaboration of private hire operators who share work on the Cordic despatch system via their Soft Merger module. It enables members of our job-sharing group to automatically assign work that they cannot cover to another member who is closest, therefore serving a customer who would, otherwise, be turned down or made to wait a very long time before pick-up.

The system is set up so that, if a job comes in that an operator cannot allocate within a certain time frame, it automatically drops into a job-share pool. The pool then finds the closest available car with the same specific attributes requested by the customer. If the operator of that driver already has a job lined up for them, they can simply put the job back into the pool, where it will be reassigned.”

Is it too little, too late? Are the days of small independent operators numbered due to the rise of the large multi-nationals like Uber, and their considerable financial backing?

“I look at our trade along the same lines as the air travel industry. There isn’t one airline that covers everything, so why would that be so for cabs? Uber has been great from a point of view that they’ve educated us about what the customer wants, and we’ve taken that on board. But at the end of the day we’ve all got one thing that we rely on – the driver.

As long as drivers are willing to work with us there will be customer demand, because they will know we can supply them a service.”

How receptive have Cordic clients been to the Soft Merger Gateway?

Revolutionary ideas are always viewed with scepticism. However, once operators see the module in action, any doubts about its benefits disappear immediately. There is a number of companies joining every week, evidence of its popularity.

All fleet operators who are prepared to work together without barriers are encouraged to join. We’d love it if there were 50 members pooling resources, as long as they all have the same attitude towards it. To benefit from Soft Merger fully, all fleets must make as many jobs available as possible with little hesitation, so the end customer can get the rides they want as quickly and seamlessly as possible, before they even consider opening the Uber app.

How much does it cost to join the job-sharing pool?

Those who are already on the Cordic system pay a £2,200+VAT set-up fee the soft-merger module and 30p per working car, per week, “which is a a minimal outlay considering all you get access to”, according to Joe Polly from Parker Cars. In the face of the current outbreak, however, Cordic has introduced more flexible terms for fleets looking into joining now in August 2020. Your account manager or sales representative will be able to discuss this in detail.

With so many companies on the scheme offering different rates, how do you set prices?

Answered by By Tom Leuchter from Greyhound Cars.

“It’s quite simple really – each company just charges its own rates. And if they place a job in the pool, that same rate applies, regardless of which operator the driver who covers the job works with.

By doing this the customer pays the same price that they always pay with the company they’ve booked the journey with, regardless of whether another partners’ driver does the job.”

Is there confusion amongst customers when they have booked a vehicle from one company, and a car from a different company picks them up?

“Funnily enough, we had a customer call us to say that they had booked one of our cars and a Greyhound Cars vehicle had turned up to collect them, and they wanted to know if this was correct. Our call centre operator informed them that we had commenced sharing work with other likeminded operators so that, in the event one of our vehicles was not available to facilitate their journey at the designated time, we could provide them with a similar vehicle to ensure they received a prompt, reliable service.

The response of that customer was; “What a fantastic idea. I’m surprised you didn’t all start doing this years ago.”

How do drivers react: (A) if they get caught up doing work out of their normal area, and (B) when they do the work of another operator whose mileage rates are lower?

“In the past, our drivers had not been keen on doing longer distance jobs that took them too far out of the Croydon area, because they would have to make their way back empty before they could start earning again.

Since we started sharing with the group that attitude has already began to change, as our drivers know there is a strong possibility they will pick something up from the pool close to the area they have dropped off. If the rate is slightly less than what they might have got with us, they accept that this is how it is.

We’ve only had one complaint, when one of our drivers received £5.70 for a job from the pool, rather than the £6 that he would have got from us. We apologised and asked if he’d like to be excluded from doing shared jobs, to which he said ‘yes’. With the click of a mouse it was done.

However, within a week he wanted to go back onto the pool. And we haven’t had anyone else ask to be taken off since.”

What are the benefits to a driver of working for an operator that is part of a job-sharing group, as opposed to a company that isn’t?

“It’s simple economics. By working with a company that collaborates on a job share scheme, a driver gets access to a greater volume of work from multiple companies across a wider area, increasing his potential to not only earn more money but also save money through less dead mileage.”

Operators have been unwilling to share work out of fear that it could lead to losses of customers and drivers. What would you say to this?

Answered by Keith Keen from The Keen Group.

“The soft merge model has allowed operators to experience collaboration with other operators, without risk to their business model. At anytime, they can switch it off if they are not happy, and go about their business.

It’s still early days, but as yet none have. In fact, most of us are grateful that we can rely on one of our partners to cover the work we cannot do ourselves – rather than lose it.

I would go further to say that, without our partners in Job Share, we would not be able to cover the amount of work we receive through our booking centre, and our drivers would not be getting anywhere near as much work in other areas. And this is the same for all of those in our group, so it’s a complete win-win.

A great example of this is that one of our partners has seen his fleet increase from seven vehicles to thirty. His company works more efficiently because it puts into the pool the work its drivers cannot do, keeping their customers happy.

So, the reverse of those fears are true – by collaborating we are becoming more successful companies individually.”

“Collectively, we provide the customer with a true pre-booking or instant on-demand service and the ability to pay by cash, card or on account. The app companies don’t. And our offering to drivers is flexible, allowing them to work with us in the way they want to.

What we must do now is get the message out there that we are not just a viable alternative, but a better option.

By working together and pooling our resources we are beginning to achieve that now. And it will only improve over time.” – Keith Keen

“Now, more than ever, is the time for collaboration between local operators and fleets across the UK. Cordic remains the independent and loyal partner across the industry closely collaborating with our customers on the development of new products and services to make them more efficient and grow their business” – Tom Peyerl, CEO of Cordic. 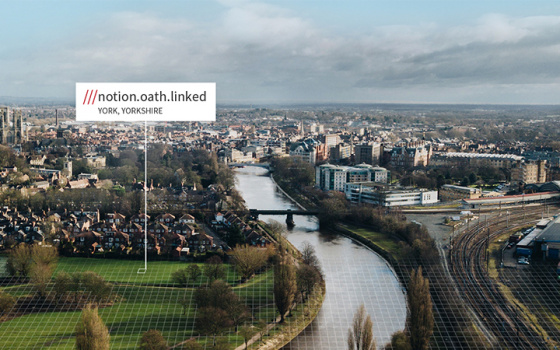 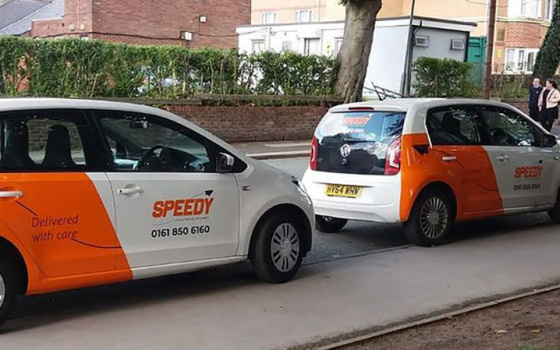 Speedy Parcel Delivery is a fast-growing specialist delivery company in Manchester, and … 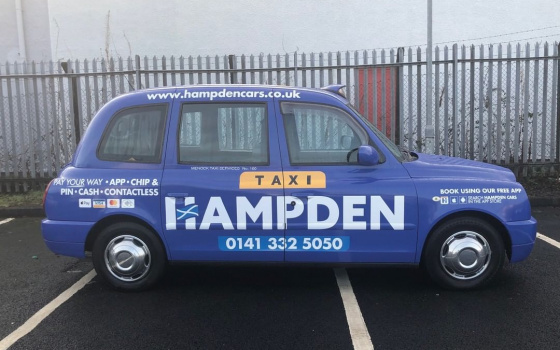