The Department of Transport released a statistical report in Dec 2020 that presents key information about the taxi and private hire industry in England, with data collected as of 31 March 2020.

This includes PHV operators and enlisted drivers who use app-based technology. However, it does not disaggregate which drivers are using these apps in the figures presented.

This report contains useful travel statistics and trends that may affect the industry.

Figures are updated every year by surveying each licensing authority (a unitary or lower-tier authority) in England and Wales.

This release refers to England only but data for Wales can be found online as well. 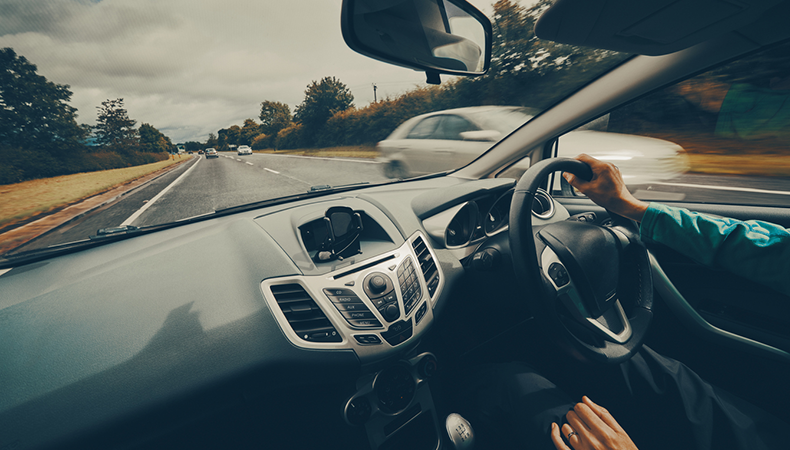 The report also shows there is a long-term trend of growth in the number of taxis outside of London, while the rate at which drivers are increasing inside London is much slower. There has been an 87% increase in the number of London drivers, while outside London this number is 332%.

In the year ending 31 March 2020, 2,100 applications were made by new PHV operators (either new companies or existing operators not already licensed) 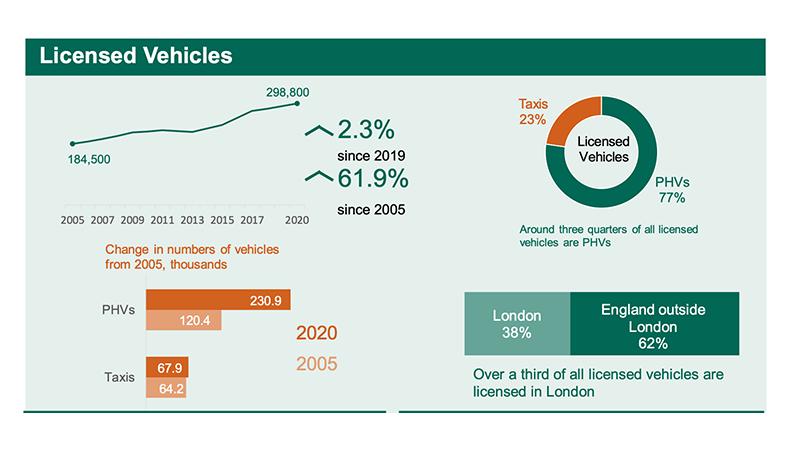 The limits only apply to taxis and not to PHV.

The West Midlands was the regions with the highest increase in licensed vehicles (both Taxi and PH) (10.2%), a higher percentage increase than London (6.2%).

The North East saw the highest decrease in licensed vehicles, having lost 4% of their 2019 total. 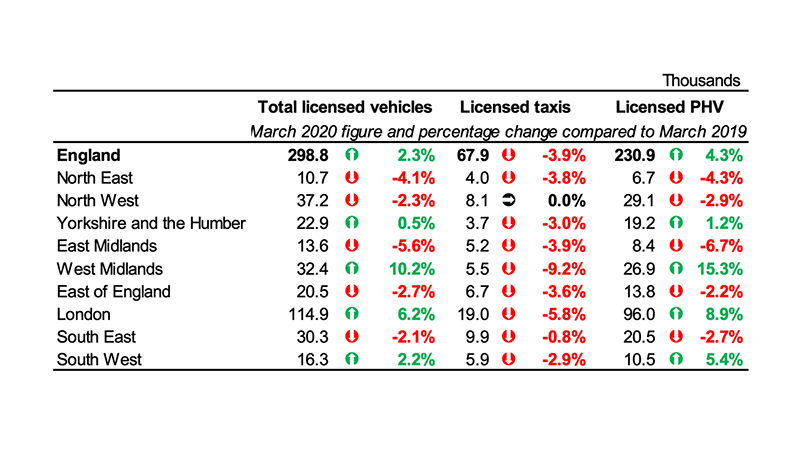 The majority of drivers were male (98%) in 2019/20. These proportions are similar to the previous year.

What are the drivers’ working patterns?

However, only 9% of drivers were working 7 days a week in April 2020, a reduction from 22% in April 2019 - this could be explained by the national lockdown in response to the coronavirus pandemic.

Why do people travel by taxi or PHV?

Over half (51%) of trips for leisure purposes and the second most common trip purpose was shopping (14% of trips), followed by commuting at 11%. 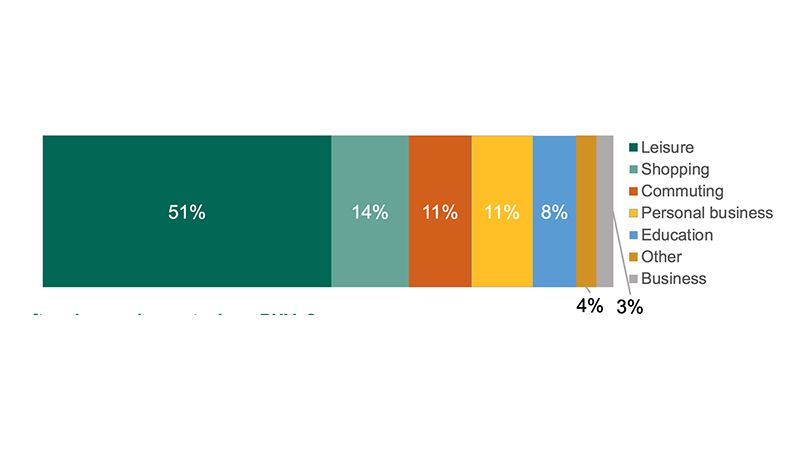 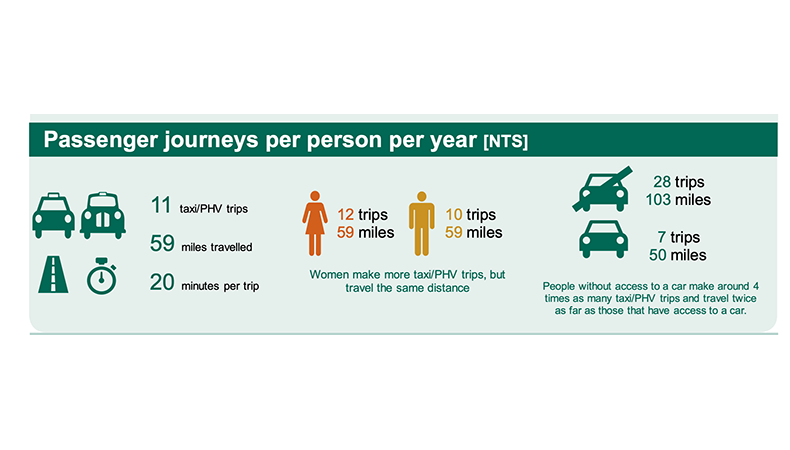 How often do people use Taxi or PHV?

At least 1 in 4 people who use Taxi & PHV do so at least once a month, while 1 in 10 uses it weekly. The remaining 60% are infrequent users, twice a year at most. This trend has remained the same over the last 10 years.

Who travels by Taxi or PHV?

Adults with mobility difficulties travel twice as often, with 21 trips per year on average vs 11 trips.

Car ownership makes taxi trips less likely, with those who do not own cars travelling 4x as much. People in the lowest real income quintile made 15 taxi or PHV trips, more than any other income quintile.

You can read the full publication at the Department of Transport website here. 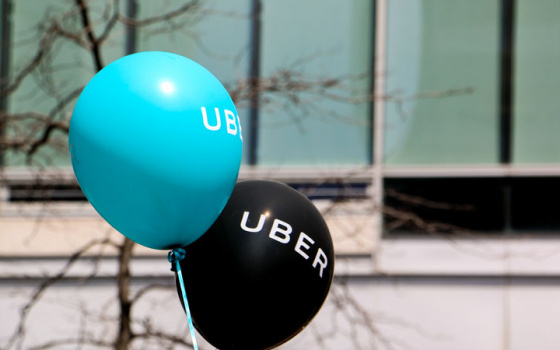 How can the Supreme Court's ruling on Uber affect the industry?

Today, on the 19 of February 2021, The Supreme Court of the United Kingdom ruled in favo…

Speak to our experienced team to book a demo